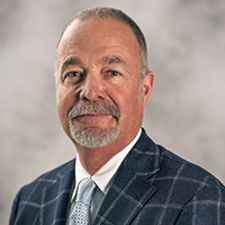 Tony Wanderon has been an innovator and leader in automotive F&I since 1986. As the President of a large independent insurance agency and administrator, he established relationships with both major financial institutions and OEMs while pioneering several F&I products including GAP. In addition, after the sale of his company to a major insurance company, he served for nearly 15 years as President of several of their companies.

Tony is the founder of Family First Dealer Services, which he merged with National Auto Care (NAC) in 2013. He has served as President and CEO of the company since the merger. NAC was acquired by Lovell Minnick Partners in 2018 and has gone on to acquire multiple agencies and develop relationships with strategic industry partners in recent years under Tony’s continued leadership.

Tony has a reputation as a visionary in the industry and is often called upon to speak at industry events, serve on advisory boards and provide regular insight for automotive F&I industry publications.

From the F&I Boardroom: An Executive Discussion

In this panel-style discussion, leading retail F&I executives will discuss challenges faced in 2020 and predictions for 2021. More Info